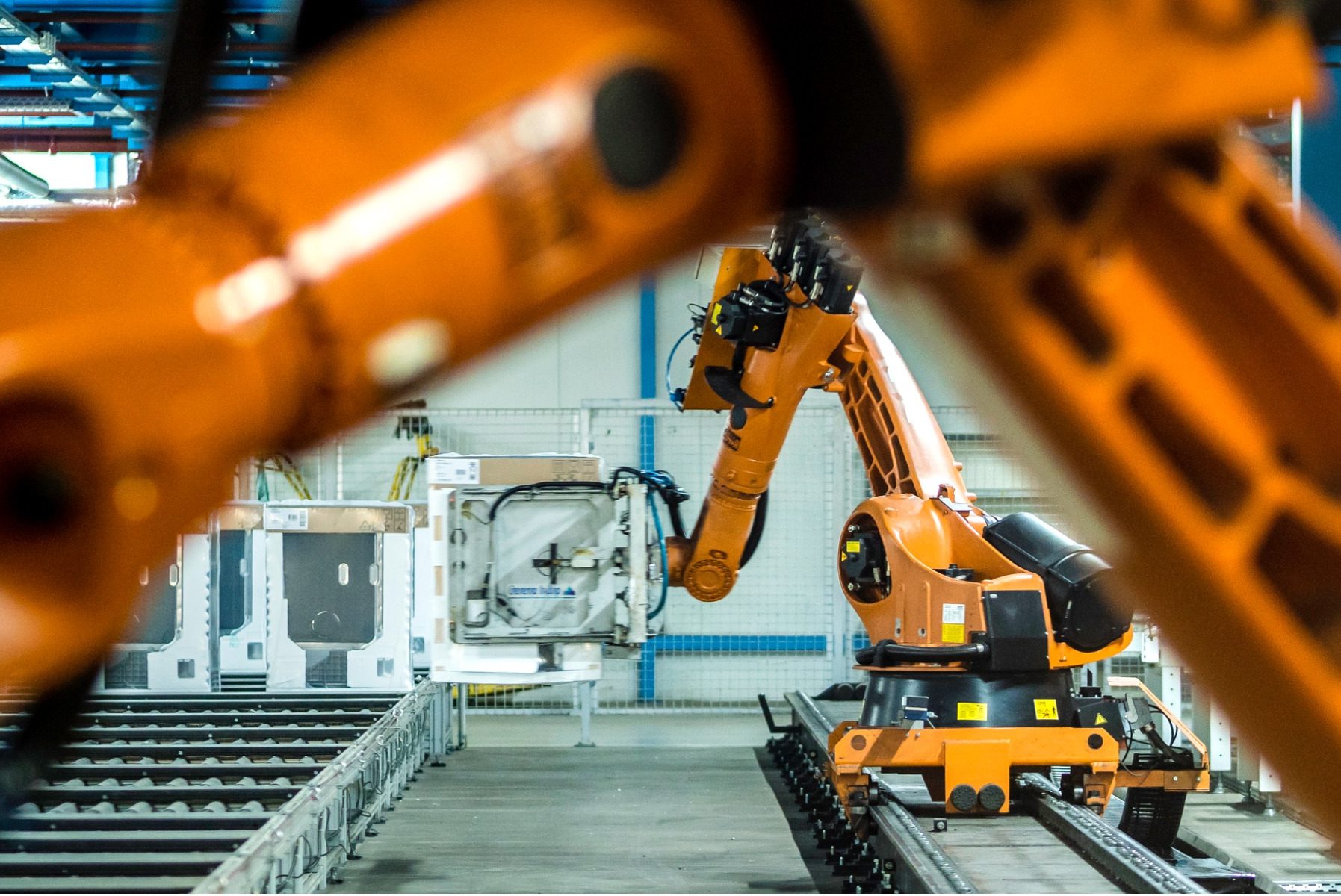 The Benefits and Applications of Robotic Palletizers

What are robotic palletizers?

Robotic palletizing systems automate the process of stacking product onto pallets. They can also be programmed to depalletize – an essential part of many production lines.

Robotic palletizers solve some issues that their older counterpart – conventional palletizers – could not.

Conventional palletizers have been around for more than half a century. They consist of a series of conveyors and related trappings. As product moves down a conveyor, it is turned and rotated to the proper orientation before forming rows at an end stop. The rows are gently pushed onto a layer-forming table, and layers are then stacked on pallets.

As with their conventional cousins, robotic palletizers often use an infeed conveyor. However, they don’t orient items by bumping or sliding them on the conveyor. Rather, a robot manipulates the items either by turning them as they move down the conveyor, or by lifting them into position directly on a pallet.

As with most competing technologies, both conventional and robotic palletizers have pros and cons. At up to 200 cases/minute, conventional palletizers usually have faster cycle times. However, the series of conveyors needed to orient the product means they also usually require more space.

Robotic palletizers, on the other hand, excel at manipulating the product – turning boxes for display purposes with labels out, or stacking pails and bags – as well as handling high-SKU counts in multi-line operations. Because they’re often tasked with performing slower functions such as rotating product, their throughput is more variable than conventional palletizers.

That being said, these systems are fast – up to 2,000-cycles-per-hour fast. For an example of how the speed, accuracy, and dexterity of robots can be leveraged to improve order cycle times, download our order cycle time case study.

As with any automation, realizing the ROI of an automated palletizer requires first the selection of the appropriate robotic solution, and then its proper implementation. At PeakLogix, our mission is to understand your goals, needs, and aspirations, so that we can apply our more than 30 years of experience in the material handling industry to find the best solution to meet your needs.

There are many benefits to an automated palletizing process. Most are true of both conventional and robotic palletizing.

Sprains, strains, tears, and overexertion are the most common workplace injuries in the US. Generally, these are caused by repetitive motion, lifting large or heavy items, or both. Manually stacking and unstacking product onto and off of pallets is exactly the kind of work that can lead to injuries.

One way to mitigate this is to provide workers enough rest breaks – and not just the 15 minutes that most states mandate. Operators must meet their quotas, but companies with strong safety cultures will be realistic about human limitations.

Another way to protect employees from risk is to not put them in danger. Robotic palletizers remove people from the risks inherent in stacking product by replacing them with robots.

Contact with equipment is another frequent cause of injuries. This is prevented by the use of guarding and gates around the palletizing equipment. Access to the robot’s field of work is prevented except from the infeed conveyor.

In repetitive tasks such as palletizing, robots are both more accurate and precise than people. They move the way they were programmed every time. They don’t get distracted by loud noises across the warehouse, they don’t rush, and they don’t confuse one SKU for another.

What this means for damages is that product isn’t dropped. It isn’t stacked on the wrong pallet, in the wrong orientation, or under something too heavy.

Robots can be equipped with end of arm tools (EOATs) capable of handling bags, pails, cardboard boxes, heavy totes, or just about anything else. With adaptive gripping technologies – combining, for example, clamps and vacuums – they can be programmed to apply enough pressure to lift an item without breaking its case, tearing its bag, or bending its box.

Because robots are both faster and more reliable than people, their output is also more predictable. And in a culture that is moving more and more towards just-in-time production and lean operating principles, predictability is key.

A robot that runs 20 cycles a minute can do that for 24-hours without needing a break like their human counterparts. This means that you know exactly how long it will take to form enough layers to fill a single pallet or a trailer load of pallets. 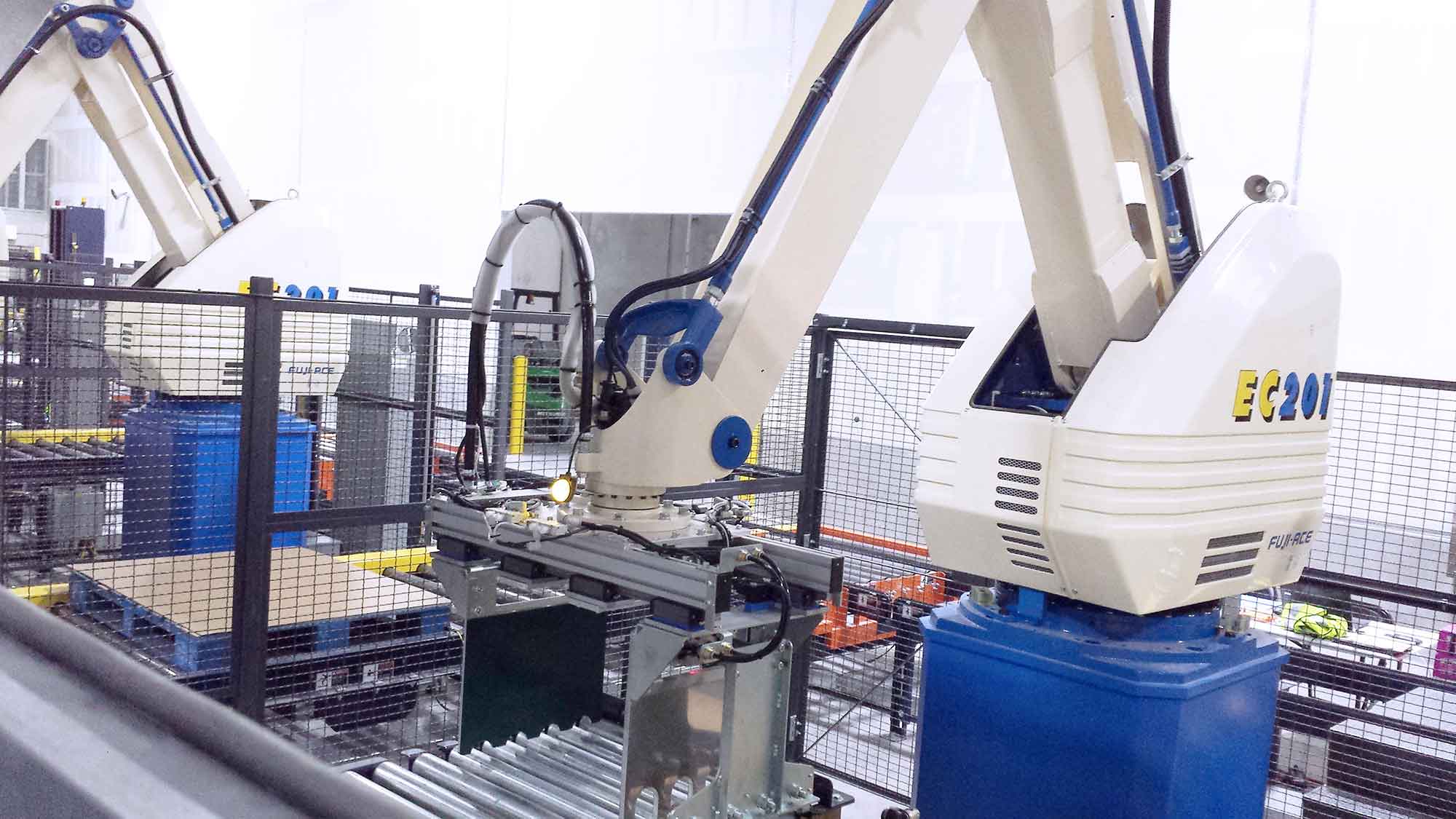 But more than that, removing people from the undesirable task of stacking items on pallets can have a positive impact on the morale in your entire facility. Feeling that your life has a purpose and that you are moving towards that purpose is an important part of living a self-actualized life. And while there is certainly nothing wrong with manual labor, there are few people who would choose meeting a quota of stacked boxes during their workday over more meaningful tasks.

By removing this low-quality task, employees can be provided with opportunities for more value-adding jobs, which can improve their self-esteem and their outlook on life generally. Which in turn will improve morale and increase employee retention.

Pedestal-style robotic palletizers are arm-like machines mounted on a pedestal. They come painted in various colors such as yellow, white, beige, red, etc. – all based on which manufacturer produced them.

Palletizing robots are often 4-axis machines, though they can have 5- or even 6-axes when needed. The number of axes determines the robot’s degree of freedom in lifting and placing product. 4-axis machines are able to pivot along their base, reach for product, raise/lower the product, and rotate their end effecters to orient that product.

Their capacities range from a few pounds to more than a ton. A single unit can be programmed to palletize multiple lines or, in high-speed operations, multiple units may palletize a single line.

Their operation is relatively straightforward. Pallets are placed in the designated area either manually or by an automated pallet dispenser. The palletizing system may or may not be programmed to place a slip sheet on the pallet.

At the same time, product that has moved down an in-feed conveyor hits an end stop. Using an appropriate end of arm tool such as a vacuum or gripper, the robot lifts the product in singles or batches. It places the product onto the pallet in nearly any configuration, alternating layer configurations for stability if required.

A gantry is a framed structure with side supports and an overhead span; a gantry-style robotic palletizer is simply a palletizer suspended from a gantry. These are best for heavy loads at low speeds. They can handle single items, but also work well with layers, rows, or unit loads.

Gantry-style palletizers use a sled that moves along tracks overhanging the work site. End effecters are raised and lowered to manipulate and move the product. Depending on the system, gantry robots can move product in 2-, 3-, or even 4-axes. This means they can lift a product, move it in a straight line (for 2-axis robots) or possibly across two dimensions (for 3-axis robots) and, in 4-axis systems, re-orient the product.

Layer forming palletization often involves a series of robots, each with its own task. A simple system will have one pedestal-style robot mounted along a conveyor. The robot will move and orient product on the conveyor so that as it hits the end stop, it’s already in the proper configuration for its layer.

Once a layer has formed, the end stop is removed and the layer is conveyed to a layer-handling robot. This lifts the layer and moves it onto the pallet.

Mixed-case robotic palletizers are able to take boxes and cases of different sizes and shapes and make stable layers from them. There are a number of ways to do this.

A pedestal-style robot mounted on a track can move between a series of pallets in a staging area. At each pallet, it lifts product and sets it onto the receiving pallet in a predetermined, stable configuration.

A different system might use a series of conveyors to bring merchandise to a staging area. On its way, sortation shoes, pushers, or robotic arms might guide and orient the product. Layers are then formed much as described above – product is guided to an end stop in the proper configuration, and is then lifted to a pallet by a pedestal-style robot.

Integrating a robotic palletizer into any operation has many variables to consider.

One major factor in determining the right style of palletizer is throughput – how many items per minute need to be processed. Conventional palletizers are often able to handle faster outputs, but robotic palletizers offer some unique benefits. Hybrid systems can give you the best of both worlds.

Other important considerations include the different sizes, weights, and shapes that the system needs to handle, as well the packaging material.

In the recent past, certain packaging and product types didn’t lend themselves to robotic palletizing systems. However, the technology has improved to the point that there are end effectors for nearly any shape or type of material. But knowing which are needed is a crucial part of the planning process.

Finally, remember to factor in any future needs. Adding SKUs or changing packaging can change the end of arm tooling, or even the style of robot.

The pallet configuration also helps determine the style of robot and end of arm tooling. Important factors include:

Location within the facility

When considering the location within the facility, it’s important to consider more than just the walls and racking. You also need to consider how the material will move to the palletizer. Are there infeed conveyor systems in place that will need to be adapted, or will new conveyors need to be added? How does work flow around the area, including both product and operators?

Before a robotic palletizer – or any other piece of fixed machinery – can be added to a facility, the local laws and corporate regulations should be considered. States, municipalities, and corporations may all regulate how equipment is wired or guarded.

Perhaps most obviously, the budget is a primary concern. It’s important not just to be realistic about the available funds, but also about growth. As with most automation, robotic palletizers are modular – components of a system can be added to an operation piecemeal. As the organization benefits from the cost savings and increased efficiency of each piece, they can reinvest in their system. Adding layers to the operation allows the optimal level of automation to be reached while maintaining a reasonable ROI.

That’s only possible, however, when the budget and growth projections are realistic.

At PeakLogix, we have 30 years of experience helping our partners understand what material handling equipment can help their systems, and how that equipment will help them grow for years to come. We pride ourselves not on our ability to sell or install equipment, but on our ability to customize solutions that will optimize your growth.

Want to learn more about robotic palletizers? Contact us to talk details and strategies.

The new system eliminated all manual labor and has the capacity to palletize up to 120,000 cases into 600 palletized loads in a single 20-hour day. 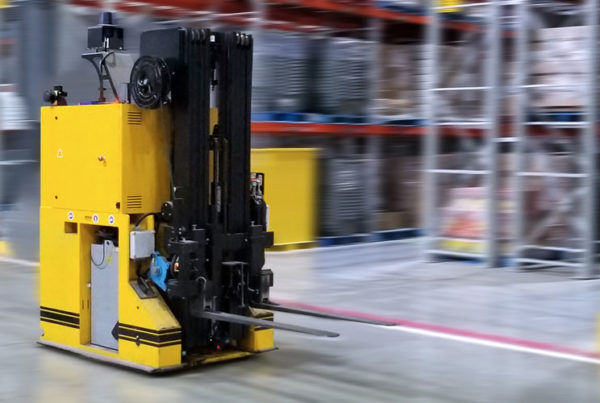 Calculating the ROI of Warehouse Automation 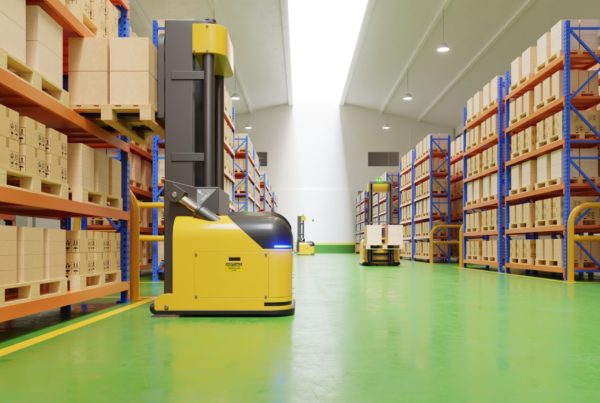 We bring your vision for increased productivity to life.